Showing posts from March, 2009
Show all

Got kids that play sports? Learn about concussions 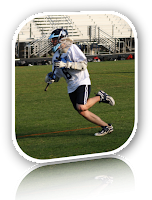 It was bitterly cold last night as my wife and I sat in the stands to watch my son's varsity lacrosse game against the cross-town team. Many of these kids had competed on the same junior league teams growing up and as a result there is a fierce competition when they play against one another. Pride was on the line and the hitting was hard, the emotions high. It was late in the third quarter and my son, a 17 year old mid-fielder, was racing to pick up a loose ball. He saw an opponent angling for the ball and had the advantage on him but didn't see a second one racing in from a sharp angle. Just as he bent over to scoop up the ball the unseen player tried to check my son in the shoulder to knock him off balance but missed and struck him hard on the left side of his helmet with his stick. The ref did not see the blow and play continued. My son rolled on the ground and popped right back up but didn't look quite right. He stayed in the game but from the stands we could see that
15 comments
Read more

Switching from Windows to Mac - Power users can also play 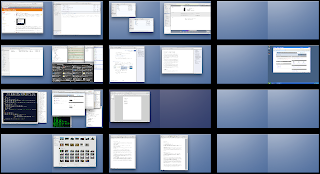 Lately I've been thinking about why I enjoy working with Macs so much. Since switching to Macs from Windows a little over a year ago I've tried as much as possible to approach it objectively, calling out both the good and bad as I learned my way around OS X, and recording my findings here in this blog. It's easy to cite the UI consistency I enjoy with Mac based applications. As a software developer that obsesses with user interface design I have a deep appreciation for disparate applications using similar controls and metaphors. It's difficult enough for people to understand the underlying tasks and logic a software application can perform, making them learn different control surfaces is like asking someone to navigate through their own family room after you have rearranged the furniture and turned off the lights; lots of stubbed toes and muttered curse words are sure to ensue. Instead of the UI, I'm finding the real draw for me has been how productive I am as a
15 comments
Read more

A new Mac Mini rounds out the house

Well, it finally happened. Late last week my 16 year old son came to me and said "Dad, my HP Laptop won't boot up". Wonderful. I went to his room to check it out and sure enough the machine was just continually cycling on startup. It would get to the Windows logo and display the progress bar, suddenly show the briefest flashes of a blue screen (so fast it was unreadable), then the reboot and start the process over. I tried doing a safe boot with each of the types available in the Windows boot menu but no luck. I suspect that the hard drive on the machine had started to go and that a key driver file had become corrupted. I played with it for a while but my efforts were half hearted. This machine was a hand me down from my wife, one that had been a bit flaky in the past. His was the last operational Windows machine still in use in our house. As I looked down on the HP endlessly flailing through the startup sequence a small smile formed in the corners of my mouth. I could f
33 comments
Read more

Switching from Windows to Mac - One Year Later

On February 2, 2008 I was a Windows software developer. I had a house full of Windows based machines and was working on building up my next software company using some of them. I am what you might call a heavy duty computer user; I use my machines to communicate with folks (e-mail, forums, etc), develop software, manage my digital photos, edit home videos, play high end games, etc. Basically I spent most of my waking hours in front of a computer and was fine plugging away on Windows XP. Something however was missing. It took me a while to figure out but I was simply bored with Windows. Been there, done that, got the t-shirt. Microsoft seemed to have abandoned any attempt at maintaining a uniform user interface and many software vendors were innovating by trying very non-standard UIs. Every time I installed new software I worried that it was blowing up the size of my Registry, potentially subjecting me to Malware and Spyware or installing replacement DLLs for libraries that other appl
49 comments
Read more

March 02, 2009
Though I am in the process of building up my next company , this is not my first rodeo. From 1998 up until mid-2006 I—and later my partners—managed the growth of WebSurveyor up until its sale. One of the many challenges we had during that time was establishing not only a culture for our employees but also a clear set of rules governing among other things internet access. The culture that I always wanted centered around personal responsibility. My view was to make sure people understood how important they were to the success of the business and to give them the freedom to use their computer as they saw fit to accomplish their goals. We made it pretty clear that objectionable material (a.k.a. porn) was completely forbidden and you would be fired if found accessing it from the office. If an employee wanted to pull up non-work sites that was fine as long as it didn't interfere with their job performance. When we had under a dozen employees this was really easy. We worked in cramped
43 comments
Read more
More posts