Showing posts from July, 2011
Show all

I've been playing with Lion fairly steadily now since its release and have some initial impressions I'd like to share. Gestures The changes to the gestures in OS X are dramatically different. I can deal with the change to scrolling direction on a page (up is down, down is up) - that's really not that big of a deal. After less than a week I've completely adjusted to it. You can switch it in settings if you like, however you are better off just adjusting to it if you are exclusively a Mac user since it matches up with how actual touch screens like the iPad work. Apple wouldn't be making a change like this just for consistency, I believe it's to prepare Mac users for the future when a hybrid device that is a merger of iPad and Mac is released. What is a big deal is that the default behavior for going back in a browser (three-finger swipe left) is changed, now it's two fingers and only works on Safari (not Chrome). I'm hoping I can get this to work in C
18 comments
Read more 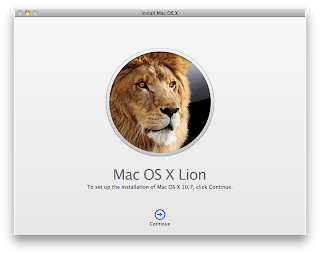 Like many Mac users I am in the process of upgrading my Macs to Lion today. With 8 Macs in our house downloading 3.7GBs of installer seems like a huge waste of bandwidth. You only need to purchase the upgrade once for all of the machines you own or control so here's a technique that may help you only download Lion just once: 1) Purchase Lion on one of your Snow Leopard Macs The download is about 3.76GB so depending on your connection speed it may take a while. You'll need to be current with Software Update if you aren't already. 2) Once the download is complete you will be presented with this screen: 3) Do not click Continue! Press Command-Q (or quit from the menu) instead 4) Open Finder and navigate to your Applications folder You should see the installer with the Lion icon titled "Install Mac OS X Lion". Copy that 3.76GB file to portable media device (like a Flash drive or external hard drive). 5) Copy the Installer application to the Applications fol
27 comments
Read more
More posts